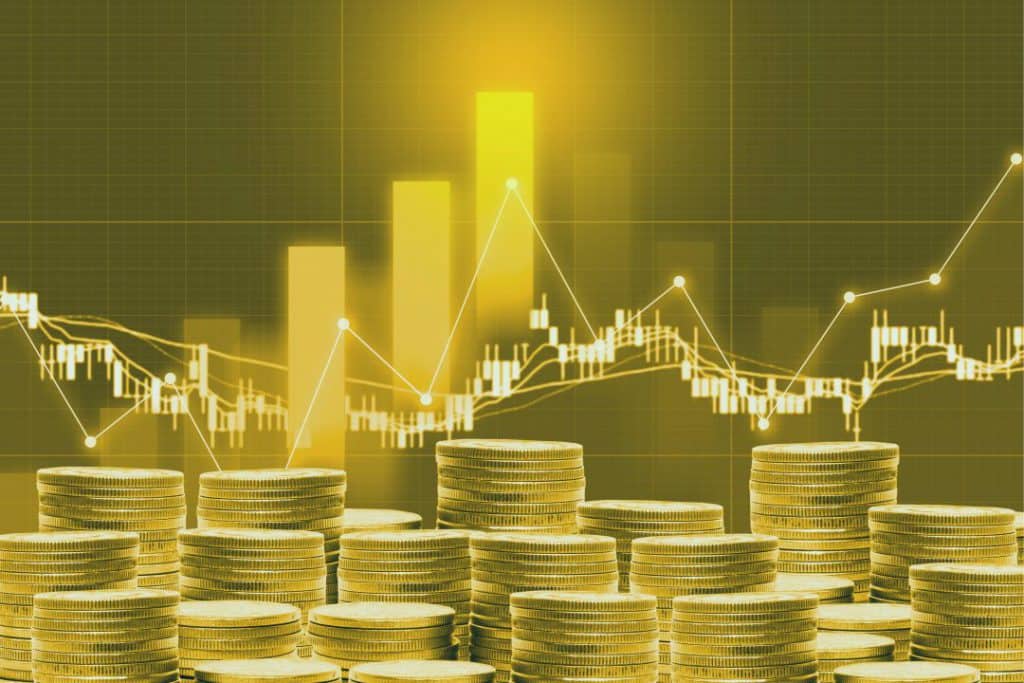 As the largest gold importer in the world, India’s love affair with Gold is well known. Gold has always been embedded in Indian culture. Owning Gold is considered a status symbol. Gifting of gold jewelry or coins for weddings, birthdays or other auspicious occasions is a well-established tradition. Gold is also inherited through generations as family heirlooms. Finally, Gold is considered a safe investment, one that can secure your family’s future even in difficult economic conditions, such as currency depreciation or recession. The NRIs have taken this tradition of owning Gold with them even while living abroad.

Gold is a counter-cyclical asset – a highly liquid, safe store of value in times of economic uncertainty. This means when the economy is booming, gold prices tend to fall, and when the economy is contracting, gold prices tend to rise. Gold’s negative correlation to the stock market also means it maintains its value in times of high inflation, stock market volatility, or currency depreciation. But is there a hefty price that we are paying by owning Gold for its seemingly excellent characteristics as an investment option.

Consider this, over the last thirty years; the S&P 500 has returned over 750% while Gold has returned approximately 250%. If you assume dividends are reinvested into the index, the total return is even higher at over 1500%.

Similarly, over the last 30 years, Sensex has returned on average 15% vs. Gold’s 10% compound annual growth rate. This is because equities are a productive asset, where investment generates further economic growth through appreciation and dividend payouts. Gold, on the other hand, is an unproductive asset, with 50% of annual production utilized for jewelry and less than 10% for industrial use. Though the price may fluctuate, Gold on its own does not generate economic growth – gold remains a static asset. 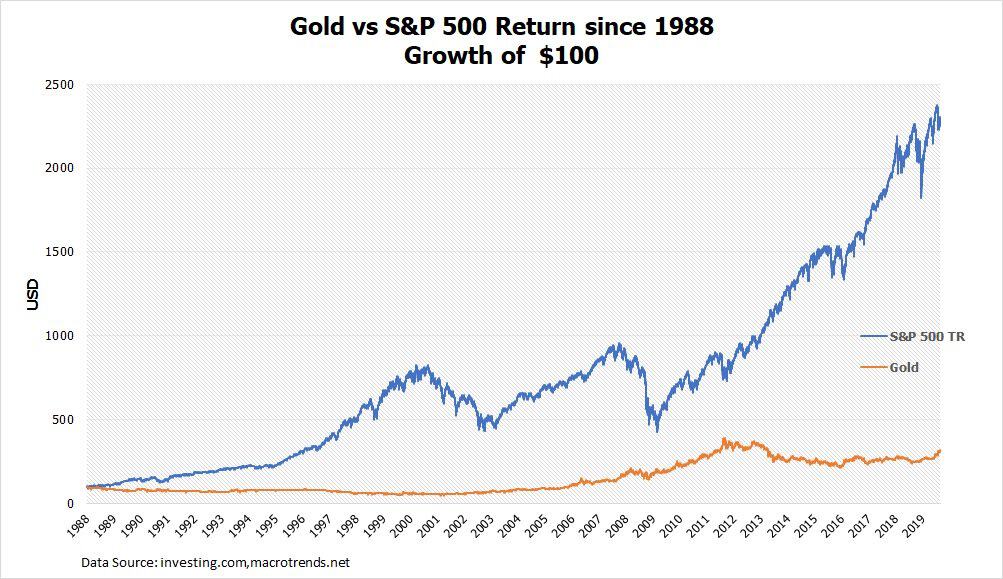 Of Gold mined annually, 52% is converted into jewelry (considered a discretionary expense), 27% into gold bars and coins, 9% into technology inputs, and the balance sold to central banks and other investment funds. Gold is never truly consumed, and much of it is recycled and remains in the market. Supply will continue to grow over time, albeit slowly, while its usage in industrial and technology applications remains limited. This will constrain its standalone long-term price potential.

Physical Gold, as a long-term investment, bears considerable risk as well. In addition to requiring secure storage or additional insurance, there is a risk of impurity and fraud. Gold jewelry, as a proxy for Gold, results in even worse returns due to the unreasonable making and wastage charges. Theft is also a concern to those keeping significant amounts of gold coins or jewelry at home.

Gold is widely considered a safe-haven investment, one which maintains value in times of high inflation. As a hedge against inflation hedge, Gold does not fare as well as treasuries. With rising inflation, Gold appreciates while paper currency depreciates. Though Gold is commonly used as an inflation hedge, treasuries and bonds have historically performed better than Gold in this regard, due to a higher negative correlation to stocks.

Despite this, for NRIs committed to their love of Gold, rather than investing in Gold as a growth strategy, investing funds in a gold ETF provides a low-cost, liquid way to take advantage of the negative correlation and diversification benefits of Gold. This also eliminates the theft risk of holding physical Gold.

In summary, Gold is less of a long-term investment than a wealth protection plan. Gold effectively protects against currency depreciation and is a partial hedge against inflation. On the other hand, it lacks the productivity and growth prospects of a long-term investment. Also, its high volatility relative to returns, and physical risks make it less attractive than other assets.

Get Started
Build your Portfolio